The ERASE (Endovascular Revascularization and Supervised Exercise for Peripheral Artery Disease and Intermittent Claudication) trial is currently the most useful and relevant of this set of trials for two reasons. First, ERASE included femoropopliteal disease in addition to aortoiliac disease. As femoropopliteal disease is the most common anatomic location of PAD in patients with intermittent claudication, the trial’s population more closely matches that of the real-world PAD population. Second, both treatment arms participated in supervised exercise. Given the recent CMS approval of supervised exercise therapy, the use of SET is expected to increase rapidly. Thus, by randomizing claudication patients with aortoiliac disease or femoropopliteal disease to either endovascular therapy plus SET or SET alone, the trial most closely modeled the current claudication population and randomized them to the most relevant treatment options. The combination group demonstrated a greater improvement in walking distance and health-related quality of life than SET alone. These data are useful in quantifying the differences in benefit between supervised exercise therapy alone compared with a combined intervention plus SET strategy (Figure 2). 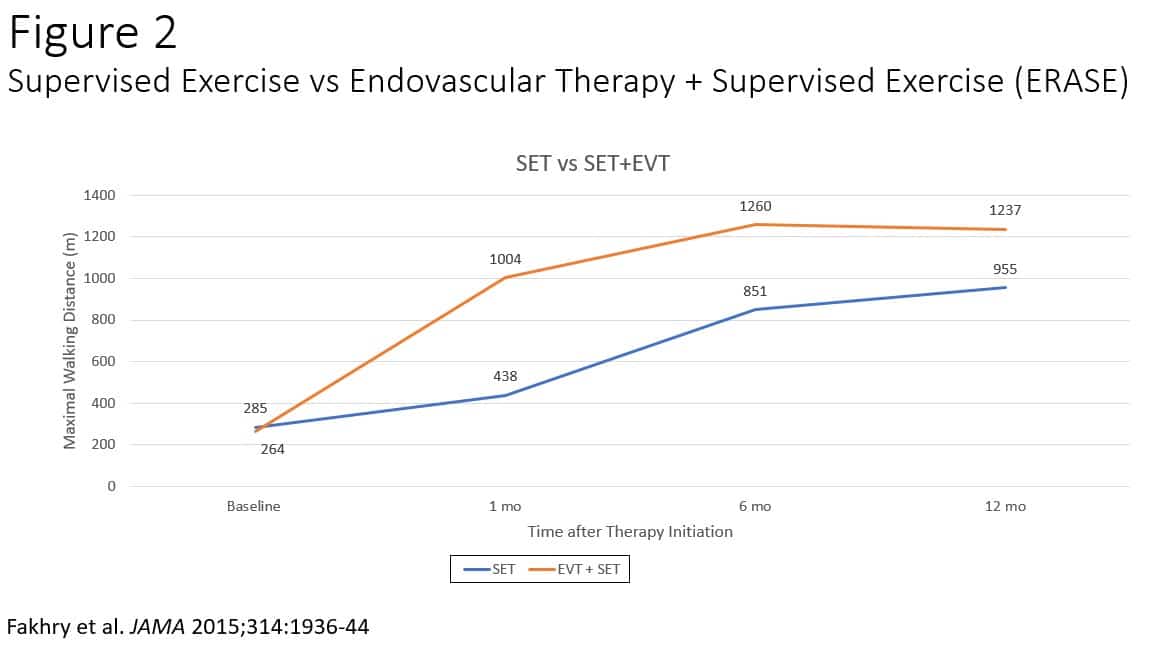 31. Nordanstif J, T. C. (2014). Improved Quality of Life AFter One Year With an Invasive Versus a Non-invasvie Treatment Strategy in Claudicants: One Year Results of the IRONIC Trial. Circulation, 130:939-947.