Arterial duplex ultrasonography is noninvasive and readily available in the vascular laboratory as a useful adjunct to non-invasive physiologic testing. However, it is time-consuming and operator dependent, and thus should not be used as the primary diagnostic tool for the detection of PAD. Instead, it is typically obtained for more focused evaluation of the lower extremity arterial system such as localization of stenosis, assessment of stent or bypass graft patency, and detection of pseudoaneurysms or arteriovenous fistulas. Arterial duplex allows for direct plaque visualization with assessment of hemodynamics to establish stenosis severity. Spectral Doppler interrogation reveals elevated flow velocities at the site of (or just distal to) the stenosis, with a doubling of velocities compared to a more normal proximal segment suggestive of a hemodynamically significant lesion (FIGURE 3A). Spectral Doppler waveforms distal to the stenosis are monophasic and display a tardus et parvus pattern with delayed upstroke and low velocity (FIGURE 3B). 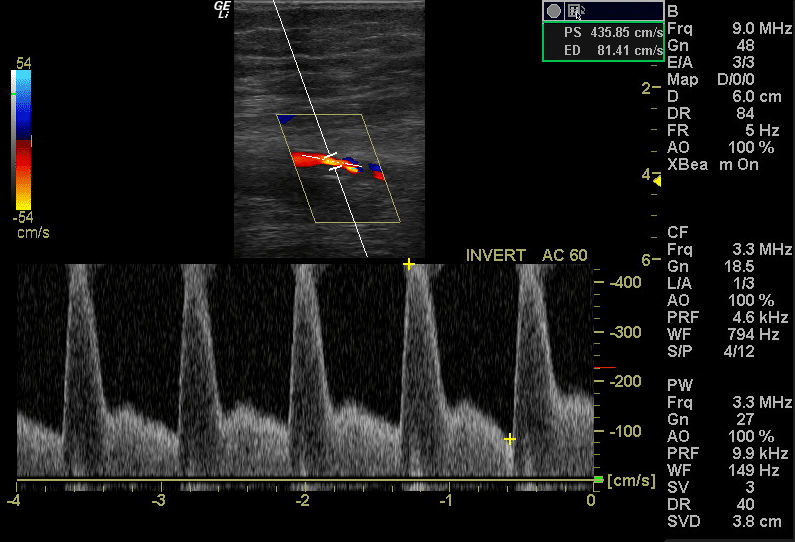 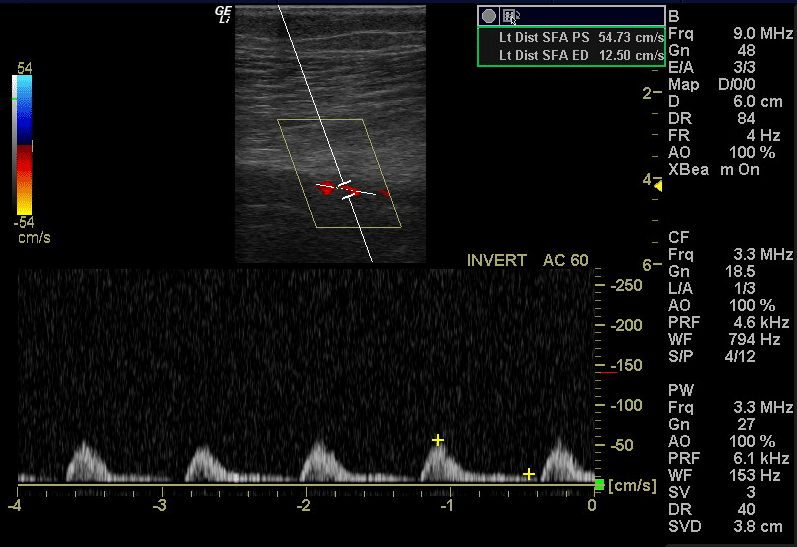 Duplex diagnostic criteria for PAD can vary between laboratories. Degree of stenosis estimation is based on peak systolic velocity measurements and velocity ratios as illustrated in the table [21]:

Arterial duplex is useful for surveillance of peripheral stents and bypass grafts although velocity criteria for in-stent restenosis or stenosis within a bypass graft differ from those used in native arteries. An example of in-stent restenosis is shown in FIGURE 4A, 4B, and 4C. Limitations of arterial duplex include operator dependence and difficulty in assessing tandem lesions or the additive effect of non-hemodynamically significant lesions. The iliac arteries are also often difficult to visualize due to underlying bowel gas. 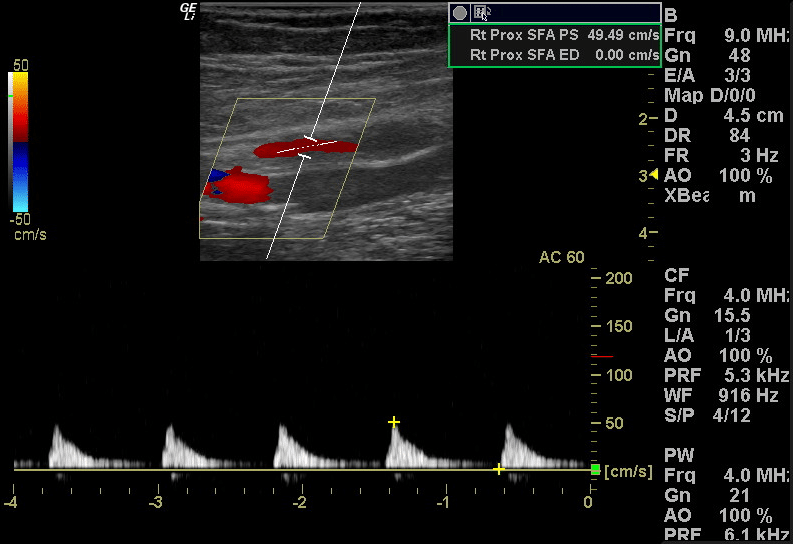 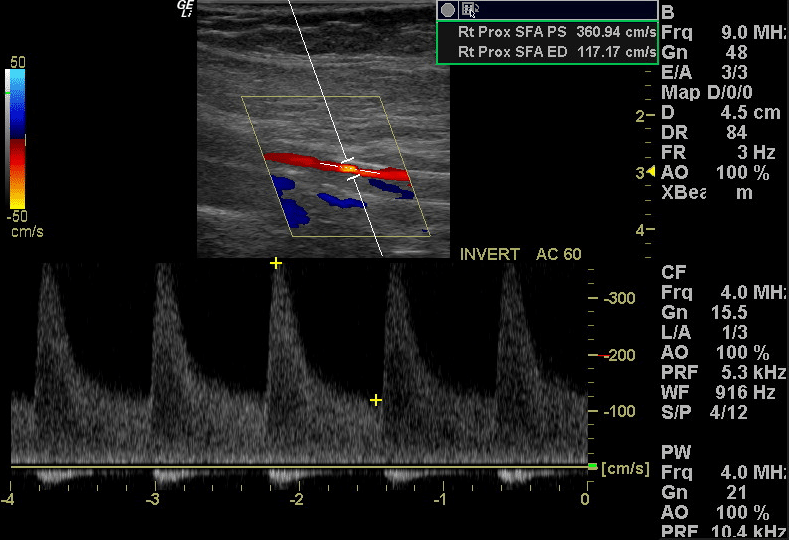 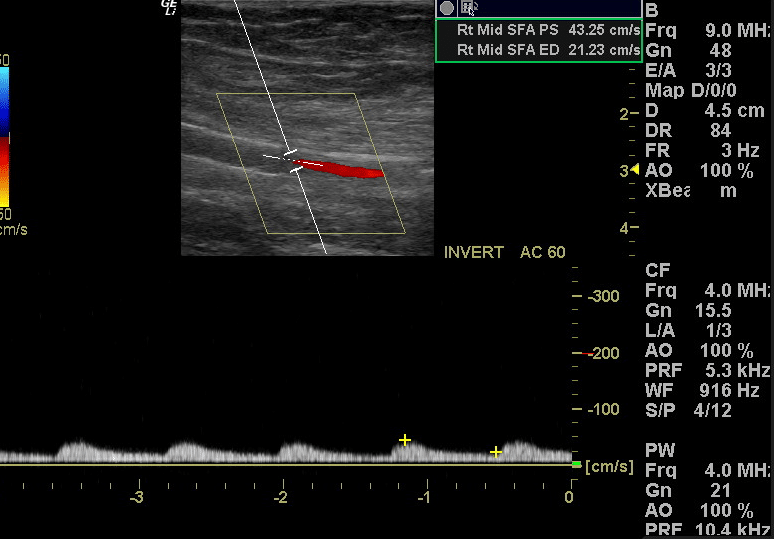