Noninvasive physiologic testing is performed in the vascular laboratory along with the ABI. Physiologic testing provides additional information regarding location and severity of disease and includes the following components:

Examples of normal and abnormal physiologic testing are illustrated in FIGURE 2A and FIGURE 2B. 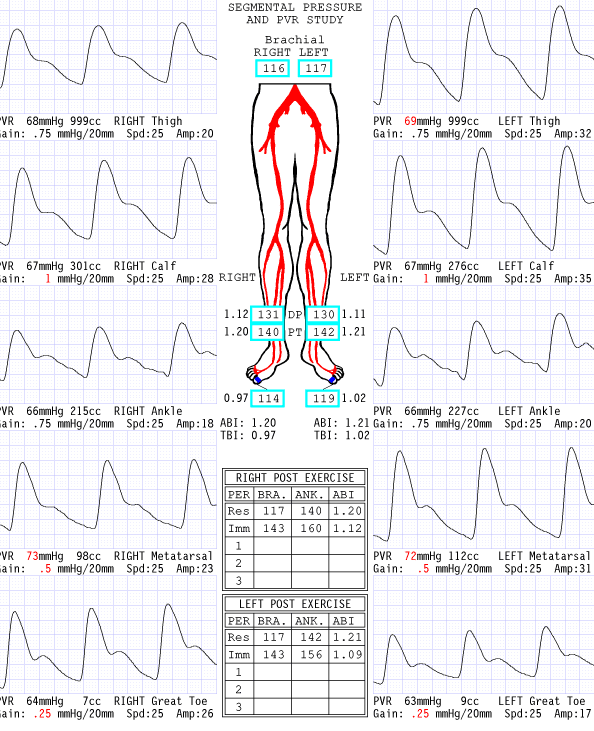 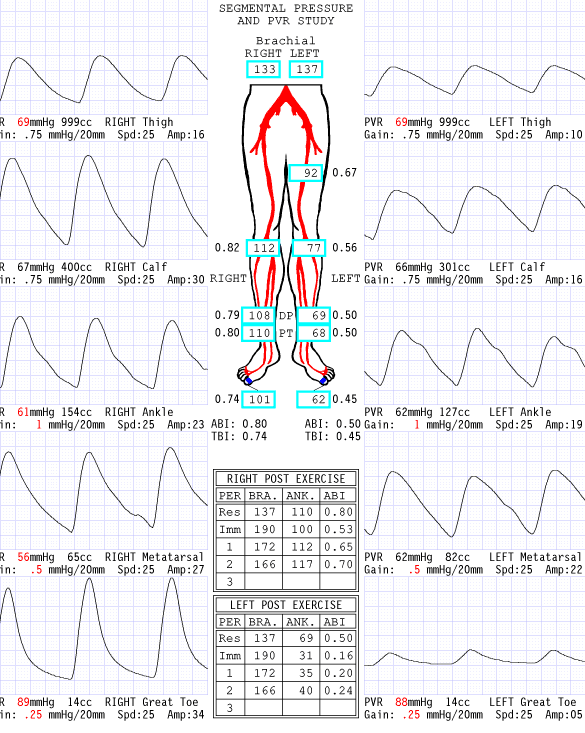 FIGURE 2B: Abnormal noninvasive physiologic flow studies. PVR tracings are mildly abnormal throughout on the right with loss of the dicrotic notch. Segmental pressures and ABIs are in the mild range. PVR tracings are moderately abnormal throughout on the left. Segmental pressures and ABIs are in the moderate range. This study suggests mild iliofemoral or femoral-popliteal disease on the right and moderate iliofemoral disease on the left; aortoiliac disease (left worse than right) is also possible. Note the significant drop in the bilateral ABIs following exercise.

In a majority of patients with PAD, noninvasive physiologic testing is often sufficient for the clinician to make an adequate assessment of PAD presence and severity and begin medical treatment accordingly. In some cases, further imaging is needed for more detailed information regarding disease localization and severity. Imaging modalities include arterial duplex ultrasound, computed tomography angiography (CTA), and magnetic resonance angiography (MRA). These imaging modalities are typically reserved for patients in whom revascularization is being considered, such as patients with lifestyle-limiting claudication symptoms despite optimal medical therapy, or in pre-procedure planning for patients with limb ischemia.